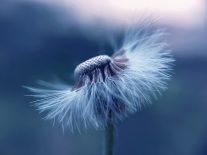 ‚You do that … gentle…. yoga, don’t you?‘ Oh how this phrase used to trigger me. I’ve heard it a thousand times. Often accompanied by a frown, a twitch in the nose, rolled eyes… you name it.

So many people who talk to me equate the word gentle with ‚less than‘. And who can blame them? In a world that is so fast and demanding, I remember what it was like to jump on the train to successful-land. To jump on and hustle, push through the pain and smash through any boundaries of the physical, mental and emotional self. I graduated form a high achieving school, established myself in a foreign country, came out top of my class when I did the university thing… and what did it get me?

A spiritual slap in the face. That’s what it got me.

I was raised in a world where papers, certificates, degrees, esteem, reputation dictate a person’s fortune. Academic achievement as a guarantee for financial wellbeing – or at least some sort of job in the future. Exhilarating while it lasted, no doubt. I am really good at the whole toughening up thing. I’ve always understood my societal structure well enough to be what I needed to be in order to meet goals, get grades, be employable, and fulfill whatever schema the situation demanded. I just never felt like I could be what was needed AND be myself at the same time. So I created an identity of self that was an eager student, a gifted dancer, the girlfriend of a handsome guy, the daughter of so-and-so… I was brilliant at all of those.

I remember the exhaustion. Spending 4 years of my life on continious antibiotics. I’m not exaggerating, the biggest gap in the years before graduation was once when I went 3 weeks without. Clearly, looking back at that, everyone (including me!) had to have realised that something wasn’t right, right?! But when one’s own life is challenging, and another person is hitting top marks, progressing in their sport, has an anoyingly dewy relationship: How bad can it actually be?

Fast forward a move aborad, couple of plot twists, a well-rounded mix of intense trauma, and my soul was left with no choice other than to find autenticity and learn quickly how to identify and meet its own needs. I remember the day my concept of reality was shattered for the first time. When I knew that what I had believed for 20 years was completely void. And that most of the people I had trusted with every choice I had ever made were choosing these harmful and made up stories over listening to what they also knew to be true. I wanted to get back on the train and start to function again. I just simply couldn’t.

Radical gentleness was all my system was able to handle at that time.

I had a job that brought me out to the north coast, I spent time only with people who were gentle, mostly having teas and chats indoors. I stopped going out to noisy spaces, decorated my home in neutral colours, threw out tv, microwave, telephone, and electrics I couldn’t use anymore anyway. I stopped dating.

I replaced the stimuli that once had given me continued access to adrenaline and dopamine and replaced them with curiosity for what could be found in stillness. It wasn’t a healthy place to be in either, because the stillness resulted from not being able to handle ’normal‘ life. But in that stillness, the world stood still. I was in perfect void.

And from that void, and because of the radial gentleness, my soul – which at that stage had died over and over again – finally had a safe space to show up in as its truest self. I emerged mostly with sadness and crying. With screams of agony, flaming skin as I relived the hurt of this lifetime and ones gone by. And then, slowly, for seconds at a time, there were moments of pride. I was captivated by how beautifully my soul is able to feel the nuances of pain – and of pleasure. How my heart is so clear of its desires. How bliss comes with so many nuances, I have lost count.

Imagine listening to a classical recording of a symphony orchestra. At first you may listen to a piece in its entirety. Amazed by the composition as a whole. As you surrender your mind to the experience, you allow the music to resonate with you and create emotional responses, your experience will  likely become more nuanced. You might hear the trumpets and brass intruments, the drums, piano, violins and violas. You might get fascinated with a sound of  a particular instrument until another one catches your attention. As time goes on your audio processing  skill develops further and suddenly what once seemed a mess of different melodies is now easily disected. What once took time and effort to connect to, now creates a blissful vibration in every cell of your body at the sound of the first note.

Similarly, what  had started as my escape from the noise of society, ended up  to be my gateway into an awareness that catapulted my existence into being truly alive.

I now have angry moments, judgemental moments, loud moments, go to concerts, travel the globe, live fast, work hard, juggle commitments, participate in the full messiness of life. I’ve let go of so much pain. I have achieved more than anyone had ever planned for me. Working with some of my biggest idols, being recognised by longstanding experts in my field, empowering hundreds of clients, teaching and facilitating a vast offering of workshops and classes. I even got hired by the same University that I exited half way through my degree… I’ve reached a point of enjoyment of life. I want to be here, no matter how painful an experience is. Because radical gentleness is the one thing I have kept from that time.

I don’t raise my voice in the chaos of media and advertising on facebook. I’m not one of those healers that posts daily about the miracles their work facilitates. I don’t tell people they must come to my course because it will take their inadequate life and finally makes it desireable. I let my work speak for itself.

It’s okay that others enter the arena of loudness, I have just chosen to stay out of it. My advertising has been quiet. My gentleness – and the incredible power that it brings – has gently woven its way into the hearts of my clients and they have harnissed it in ways that made others want to find out how they could harness it too. People find me, opportunities reach me. My heart guides me to places I have to get to.

Gone are the days where I bought into the story of being inferior because I was gentle. The other day, I had a new client. Someone who had announced themselves with all the training they had done… many more hours than I had, a practice probably standing longer than I have been alive. They came to a class and while they seemed lovely and happy enough, I could see that clearly they weren’t impressed or excited about what was happening. They seemed to have enjoyed the class, but that was all.  The day after, I received a call. This same client called me, asking for more classes and individual work with me. Their symptoms had gone, they had experienced a pretty surprising emotional moment and they felt that for the first time, they had truly practiced yoga. They later told me, at first sight the class had been a bit too gentle for their liking and it had taken them some time to understand why that was exactly what they had needed.

That was a really special moment. Humbling. Opening the door to integrate the part of myself that still believed I had to be loud. I could finally understand that gentleness is not invisible, it’s not inferior, it’s not a failure or escape. My needs are now met, my light is seen, I have all I need.
When I take care of children, I am strict. My boundaries are fierce. But I never raise my voice or use threats to enforce them. Radical gentleness continues into my relationships.

A spiritual teacher doesn’t have to be gentle. Somehow we have created a schema of enlightened people who are passive and detached and never get caught up in life or experience anything but delightful peace. Gentleness is not passive. Choosing gentlness, kindness, or love in many moments, doesn’t mean that roaring or raising one’s voice isn’t the more enlightened response to some circumstances.

A healer can be mysterious and animated. A yogi can be a performer. There is nothing wrong with anyone’s true nature. I love my friends who are wild and dramatic and artistic and chaotic and loud. They bring me so much joy!

And my life is definitely far from gentle! With 9 countries in 3 months, endles hours of work, international collaborations, family business, managing romance and relationships… there is room for swearing and grumpiness, judgements and clear a clear ’no‘ here and there. My life encompasses all the messiness of this dual existence. The only difference is, that when I mess up or when shit hits the fan, radical gentleness is not excluded. It listens. It feels all that there is. It has a distinct voice. And it turn the chaos of composition into the juicy melodies envigorating every cell of my existence.

I am calling for more gentlness in this world, because I believe it is the foundation of a sacred space where vulnerability and courage can arise. I believe that if we could drop our weapons and surrender the fight just for a moment, maybe radical gentleness could be a tool to bridge the gap of opposing views.

Gentleness is not the only aspect of my life. But it is ever present. Not instead power, honesty, ambition, or drive. But as its catalyst.

I love you, and I am grateful that you have noticed me.
Despite, or maybe exactly because of my gentleness.

What I write about

I'd love to have a conversation with you. Let me know your thoughts about this and comment on Facebook!